In 1972, the General Conference of UNESCO adopted a resolution with overwhelming enthusiasm creating thereby a ‘Convention concerning the protection of the World Cultural and Natural Heritage’. The main objectives were to define the World Heritage in both cultural and natural aspects; to enlist Sites and Monuments from the member countries which are of exceptional interest and universal value, the protection of which is the concern of all mankind; and to promote co-operation among all Nations and people to contribute for the protection of these universal treasures intact for future generations. There are 35 World Heritage Properties in India.

• The KNP, which covers 25 per cent of Sikkim, is home to a significant number of endemic, rare and threatened plant and animal species. The park combines the religious and cultural practices of Buddhism as well as the ecological significance of the region, and stands out as an outstanding example of traditional knowledge and environmental preservation.

• It is large Buddhist monastery in the ancient kingdom of Magadha (modern-day Bihar) in India. 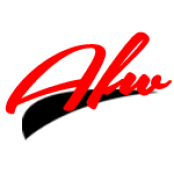 Map of the Day- World

Map of the Day- World

Person Of The Day

Person Of The Day

IAS
Testimonial of Riya During Mains 2016. Good Afternoon Sir, Very glad to inform you, i have cleared the civil service mians this...